This morning, in the usual traffic jam in Kemang, I almost hit a motorcycle when moving forward as the motorcyclist simply cut me off and went on his way. As a good Jakartan I gave several honks of protest, but apparently the motorcyclist was annoyed by the noise.He opened his visor, turned back and said something – I couldn’t hear what he was saying as I was in the car, the windows were all up and the stereo was on. But of course, that didn’t stop him from his string of what I assume were expletives, accompanied with various rude hand gestures, which went on until he was far from my car. A friend once told me if I ever was in a minor traffic accident – fender bender, small dent and so on – we should always try to get the upper hand in acting angry, whoever was at fault. So even though the motorcyclist was at fault, he’ll never admit he’s wrong.And that, is a typical day in Jakarta…

Upon my return to Jakarta, I posted this statement through Twitter:

These are some of the responses I received:

flowmow@plisdehjkt Wait? Why is it called the Big Durian? lolabout 7 hours ago from web in reply to plisdehjkt

moriza@plisdehjkt I wonder that’s because most people in Jakarta spend their time going in/out Air Conditioned buildings?about 7 hours ago from web in reply to plisdehjkt

foureyes@plisdehjkt hahaha yeah i wish people wear bikinis in jakarta :pabout 7 hours ago from TwitterFox in reply to plisdehjkt

insomniaticsha@plisdehjkt hahaha why oh why that is so?about 7 hours ago from web in reply to plisdehjkt

But seriously – we might be in the business capital of Indonesia, but it doesn’t mean we have to wear three-piece suits at the office and turn the aircon down really low to justify it? I’m not saying that Jakarta has to revert to bikinis or swimsuits, but we really should dress to match the climate – it’s just healthier. That way, those aircons don’t have to be turned on so low (although, some women dress like they’re at the beach in the malls, which is beyond me) and we can save energy, thus holding off global warming for a bit. I think the teeming masses of office workers have forgotten that we live in a tropical area. Maybe it’s because the office buildings seem like they’re in the mountains.
April 26, 2009

And We Won’t Miss The Traffic Jams

Ah yes.Bali, the so-called Island Of The Gods, and the getaway of many a tourist, Jakartans as no exception.So Plis Deh Jakarta is taking a few days off to enjoy the scorching heat, the overpriced minimarts, and the multitude of souvenir shops – well, among other things, as we don’t think there’s much to find fault about in Bali – and will be back on Wednesday. Maybe.

There have been complaints from residents who felt their activities have been disrupted by the activty, so Jakarta’s environmental agency has cut the so-called ‘car free day’, which originally starts at 6 AM to 2 PM, 2 hours short to end at 12 PM.Some people apparently do not get the point.

The Economic Crisis Claims Another Victim

It’s the economic crisis, and everybody feels the pinch – hence discount events are always packed with people wanting to get branded goods. Yeah, they still want branded goods, just not the ‘branded’ price. A quote from the article:

“Before the crisis, I could change my branded hand bags once every three or four months. It’s been more than six months since the crisis hit and I’m still using my 4-month-old Guess handbag and wallet,”

Oh don’t we feel sorry for her! 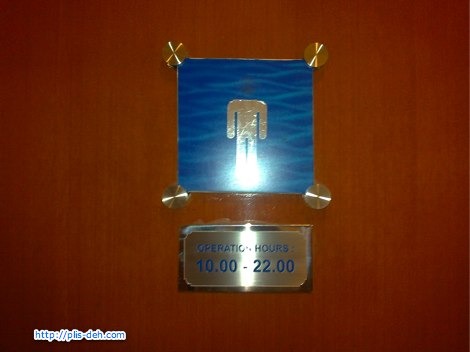 Activists have pointed out, yet again, that from mismanagement of traffic and public transport, Jakarta will be in a total gridlock by 2014. This would be caused by a mix of new vehicle sales, bad traffic management and chaotic public transport services. Thus, creating the world’s biggest parking lot, bar none (except if the world really does end in 2012 like the Mayans say).Somebody needs to do something about this. For all the buzz in the news, the MRT project will remain for me a figment of the imagination until I see it running before my eyes, as I have been traumatized by the failure of the monorail project. The only way that Jakarta can get its citizens to abandon daily use of private vehicles is to have the vision of creating a public transport network that is efficient, far-reaching (right into the congested suburbs and satellite towns), secure (from pickpockets, at least), safe and reliable. None of the above can be said about any mode of public transport right now. Proof? From various areas in Jakarta, it actually takes longer to travel from one point to another by public transport than it does with a private vehicle. Considering Jakartan’s obsession with speed, no wonder they prefer their souped-up motorcycles.